A stroll down Allen Street. 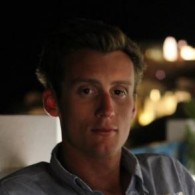 A stroll down Allen Street.

Thousands of bagged onions, carrots the thickness of baseball bats, slats stacked with bean sprouts, seafood jammed into narrow tanks in restaurant windows: all can be seen on Allen Street in Chinatown around 7AM on weekdays. Delivery trucks line the road, dropping off boxes upon boxes of what’ll soon be the week’s meals. There’s something intriguing about seeing thousands of pounds of food stacked in boxes before you, and witnessing this process is truly a spectacle.

Yet my experience with Chinese food in the city has been minimal--until this weekend. My first stop was Vanessa’s Dumpling House, which has a sign that claims it’s one of the ‘Top 100 Chinese Restaurants in America.’ The restaurant was packed, so I didn’t get much of a chance to explore the menu or the interior, but instead hastily settled on the pork fried buns, which were $1 for three. As a recent graduate, this sort of value goes a long way for me. They had the right amount of grease, the right amount of doughy goodness, pork, and chives: these were a knockout.

I then headed over to Congee Village Restaurant, whose menu boasts some serious delicacies if you’re willing to drop the cash. I didn’t have the money or appetite for the braised shark’s fin soup or steamed nature bird’s nest in young coconut though, so I settled on their house special chicken. There was no description of the dish on the menu, so I had no idea what I was getting myself into: half of a roasted chicken sprawled out on the plate, innards intact, some sauce and nuts on top of it. Navigating my way through the dish with chopsticks was a challenge, and I was unsure as to which parts I should eat and which I should set aside. The flavor was fairly mild, but my inexperience with this sort of dish made it hard to fully enjoy. Next time I’m at Congee Village, I may settle for something a little more conservative.

More updates to come next week!