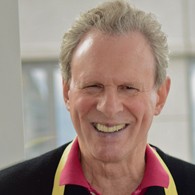 I spent a week in my friend Pietro Woerner's restored 400-year old farmhouse and boy did we eat well! His place is 8 miles from the nearest hilltop village of 700 hearty souls so we were pretty remote. But we ferreted out some amazing food experiences: making the delicious pecorino cheese from sheeps' milk on a self-sustaining farm; cooking a meal of fried zuccini flowers, pasta with ragu and rabbit braised with white wine and rosemary, all from Liliana's grandmother's recipes; shopping for the makings of a Sunday dinner in medieval Volterra in the midst of a 1200 year-old festival; sampling a new wine being introduced by a 40-year old count who's invested millions to bring solar energy to his family's 800-year old country estate. In between we sampled extraordinary Tuscan food in small country restaurants that source all their ingredients from local farms. As I said, abbiamo mangiato molto bene!
Log in or register to post comments